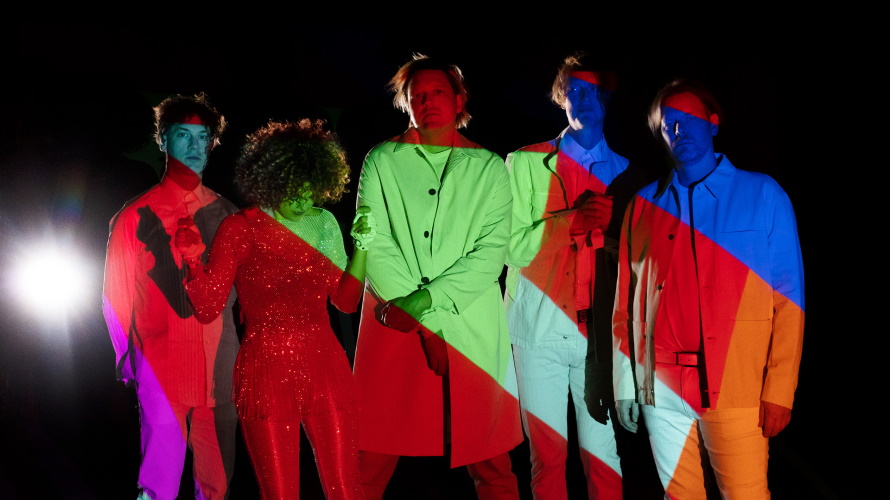 The question that loomed over this concert was whether or not the recent allegations against Win Butler regarding sexual misconduct, would seriously overshadow the show. In short: no, well in my opinion that is.

But, something’s not right. The 2nd floor at the Ziggo Dome was empty, and even the 1st floor showed a lot of empty seats. The allegations surfaced in late August, while ticket sales had already started in May, I don’t see a direct link between the two. The willingness to go see Arcade Fire is diminishing. Maybe it has something to do with the ludicrous ticket prices, but the relationship between Arcade Fire and The Netherlands has always seemed a bit strained, when compared to the rest of Europe. When Arcade Fire barely outsold the (at the time) Heineken Music Hall , they played arena sized halls in the neighboring countries.

It started a bit messy, primarily due to bad sound, but from Afterlife onwards the show gained steam. Reflektor was an impressive highlight, followed by 3 new songs, that paled the studio versions. The Suburbs was a beautiful tribute to David Bowie and via another new song a perfect introduction to a spectacular Sprawl II (Mountains Beyond Mountains). After crowd favorite and ABBA clone Everything Now the main set was over. An impressive show, where the band regularly rose above themselves. Allegations, empty floor, bad night? Nothing of the sort. A good show by a band that performed very well.

The encore, in the center of the room, was yet to come. And it was stunning. End Of The Empire was intimate, small and subdued, followed by euphoric Wake Up.

Maybe my doubt, and consequential lower expectations, played their part, but this was unexpectedly good. A great night. 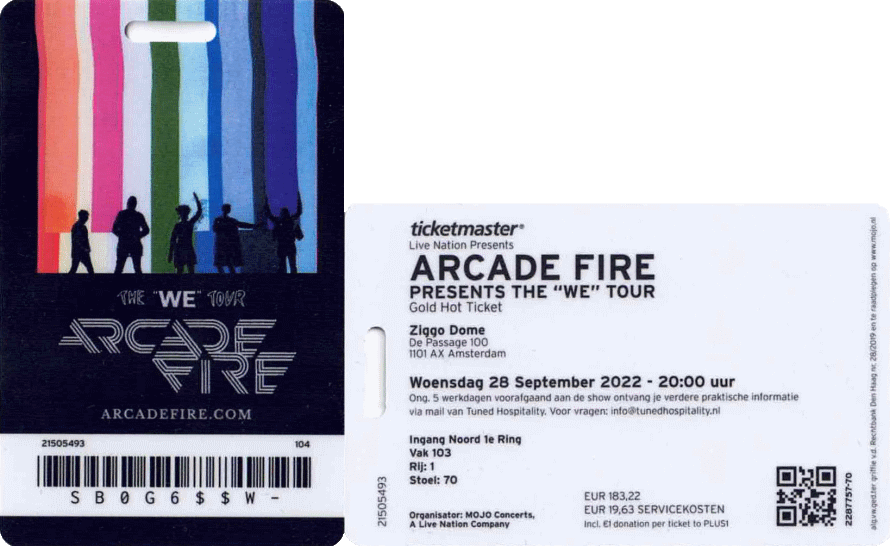