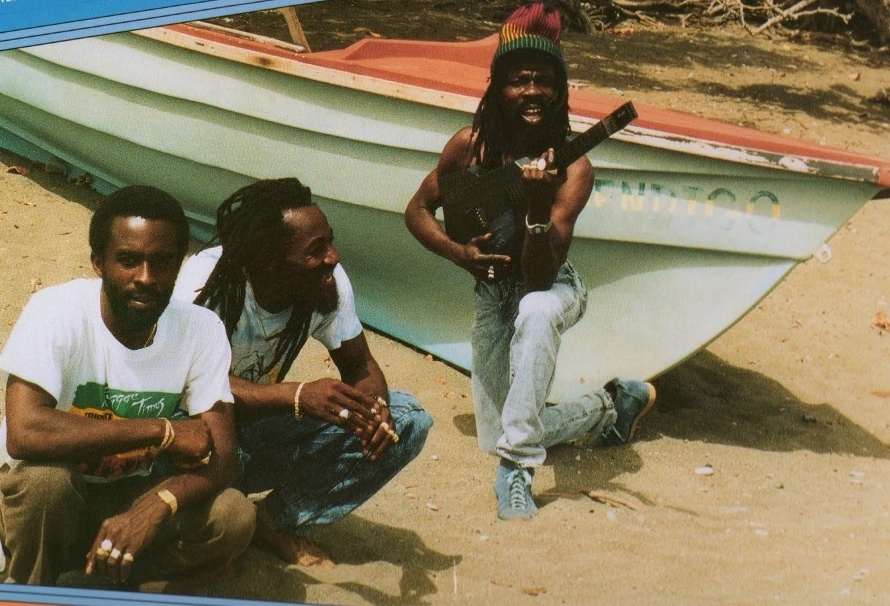 As stated in previous articles, 1977 was a great year for reggae. This album, Culture’s debut-album, is a classic as well.

Culture was founded in 1976 by Joseph Hill, his cousin Albert “Ralph” Walker and Roy “Kenneth” Dayes. Originally the group was called The African Disciples. They auditioned for the “Mighty Two” (producer Joe Gibbs and engineer Errol Thompson) and recorded a number of great singles, among which See Dem A Come and the highly successful Two Sevens Clash. Many of those songs ended up on their debut-album.

The second single in particular, was very popular among the Jamaicans, specifically the Rastafarians.

The song has an interesting history:

“One day Joseph Hill had a vision, while riding a bus, of 1977 as a year of judgment — when two sevens clash — when past injustices would be avenged. Lyrics and melodies came into his head as he rode and thus was born the song “Two Sevens Clash” which became a massive hit in reggae circles both in Jamaica and abroad. The prophecies noted by the lyrics so profoundly captured the imagination of the people that on July 7, 1977 – the day when sevens fully clashed (seventh day, seventh month, seventy-seventh year) a hush descended on Kingston; many people did not go outdoors, shops closed, an air of foreboding and expectation filled the city.”

However, the song itself celebrates the coming apocalypse (just like Prince’s 1999). To the true believers the end of the world meant salvation from the misery of this physical world and the start of an eternal life in the loving arms of Jah. Therefore, the song is rather cheerful, for all injustice would soon come to an end. The average Rasta, however, seemed less convinced everything would turn out fine and was predominantly fearful of things to come on 7/7/77. 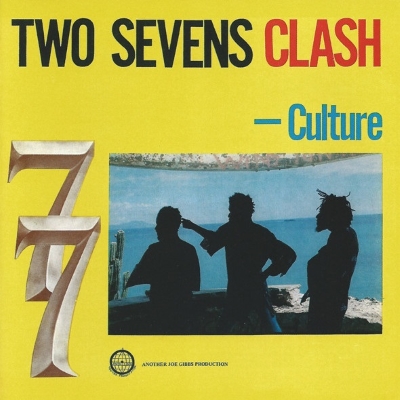 Two Sevens Clash is the debut-album by Culture, recorded in 1976 at Joe Gibbs Recording Studio in Kingston, Jamaica and released on the Gibbs label in September of 1977. Even though Culture is a roots-reggae group, their sound was much lighter compared to their contemporaries. This album, also, contains many biblical references.

Just like the other reggae albums that are deemed classic nowadays, Two Sevens Clash is filled with great songs and the album does not cave in. Musically it’s all almost happy and optimistic, the rhythms are up-tempo and danceable. Even though the lyrics are filled with tales of injustice, social abuse and lessons for Rastafarians, nothing gets in the way of the album making one feel like it’s summer.

Led by Hill, the album is like dancing on a volcano, because what we simple mortals call the apocalypse, Hill calls the “glory day”.

All songs written by Culture. 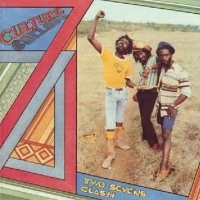 Two Sevens Clash was immediately recognized as a true classic, particularly within the English punk movement. Consequentially, the album sold well and the influential dj John Peel got behind the band. Johnny Rotten helped getting Culture a record deal with Virgin Records subsidiary Front Line. 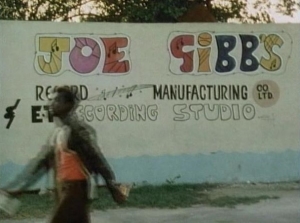 Unfortunately, the album’s success did not incite others to follow the same path (musically as well as lyrically), even by Culture themselves. After recording one more album for Gibbs, Culture started working with producer Sonia Pottinger. At the same time the group sued Gibbs for back payments on their debut-album.

After leaving Gibbs, Culture has not been able to create music as beautiful as on their debut. In 1981 the three singers each went about their own way. Hill continued using the moniker Culture and quickly descended into a reggae-lite version of himself. Culture was rejuvenated for a short time in 1986 when the original line-up came back together for two records,Culture In Culture and Culture At Work

Joseph Hill, who was Culture’s main musician, died on August 19th, 2006, in Berlin, Germany when he collapsed after a show. His son, Kenyatta Hills, subsequently took on his father’s role in Culture.

Do you know this classic reggae album? What’s your opinion? Let me know!