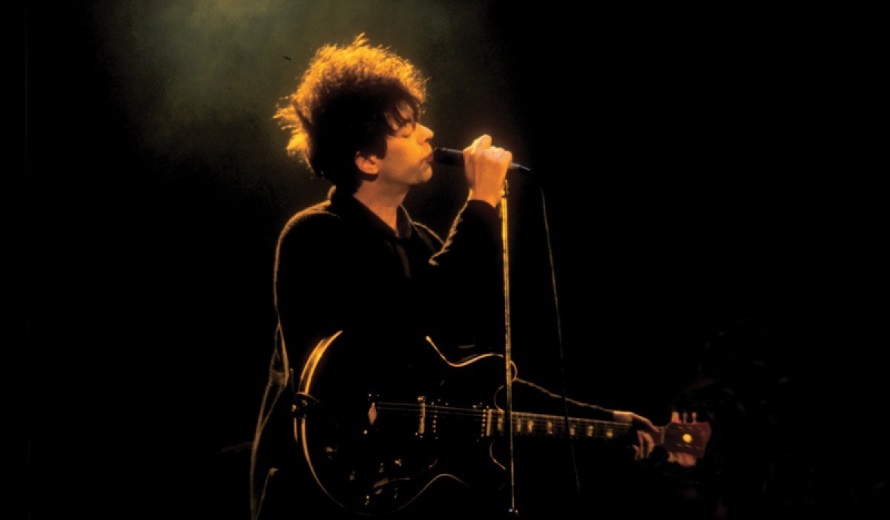 In my opinion, the fourth Echo & The Bunnymen album is the highlight within their entire body of work. A look back at the beautiful Ocean Rain.

Liverpool, 1978: When singer Ian McCulloch was fired by Julian Cope from their band A Shallow Madness (which soon became The Teardrop Explodes), he formed the band Echo & The Bunnymen with Will Sergeant (guitar) and Les Pattison (bass). Initially the band used a drum machine for their rhythmic needs. By the time their debut album was released the band had enlisted drummer Pete De Freitas, making the band’s classic line-up complete. The band name was the result of someone shouting out silly names. ‘Echo & The Bunnymen’ was one of them. Not much thought went into the rather remarkable band name, at all.

In May 1979 the band debuted by releasing the single The Pictures On My Wall. Their debut album Crocodiles in 1980, was a huge success among critics and sold rather well (for a debut that is). The second album, 1981’s Heaven Up Here, was a bigger success, artistically and commercially.

In 1982 the band saw its first (single)hit success with the release of The Back Of Love, which was followed by the release of album number 3, 1983’s Porcupine, which was very successful. On January 20th, 1984, the single The Killing Moon was released, a beautiful dramatic song which served as the prelude to the upcoming new album. On April 13th, 1984, a second single, Silver, was released. The upcoming album was going to be something special. The advertising campaign wasn’t born out of modesty: after a remark by McCulloch the album was titled “The greatest album ever made”. 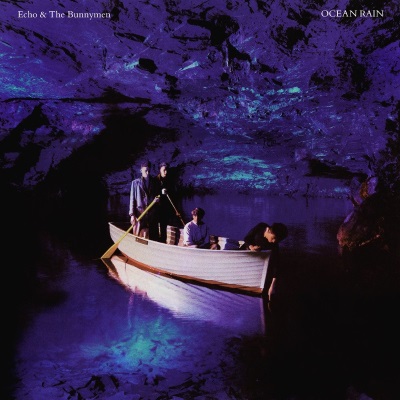 The fourth album by Echo & The Bunnymen was released on May 4th, 1984, one day prior to Ian McCulloch’s 25th birthday.

In 1983 the band had begun writing new songs. At the end of 1983 they recorded The Killing Moon in the English Bath and released it as a single on January 20th, 1984. The band then departed for Paris to record the remainder of the new album at Les Studios Des Dame and Studio Davout. In Paris a 35-piece orchestra was utilized. McCulloch was not happy with his vocals on the Paris tapes and re-recorded them at Amazon Studio in hometown Liverpool.

The album was produced by All concerned, which was used to describe the band and Gil Norton (who would also produce the Pixies’ Doolittle), supported by Henri Loustau for the orchestra. It resulted in an entirely different sound for the band and the album. The more traditional post-punk sound had given way to a richer, more detailed sound, which was warm and distant at the same time.

Lyrically it was all just as vague and incomprehensible (to me anyway). The word associations did work for me though. Thorn Of Crowns, which is trashed by many critics for its lyrics, works like a charm. I think, although I don’t understand the meaning behind it, the lyrics are funny and somehow make sense:

The rather conspicuous flirtations with Jim Morrison and Lou Reed is a bit tiresome on just one song: Nocturnal Me, but not enough to make me skip it. 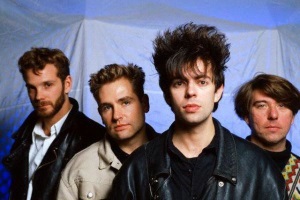 Musically, all is in top form as well. The rhythm section is good to the extreme. Drummer De Freitas almost carries the album with his inventive playing. A true pleasure to hear. The other musicians also play at the top of their abilities. Even the vocals are better, and more varied, than ever before. McCulloch was a good singer, yet somewhat limited for his tone and range, but on Ocean Rain he seems transformed. His voice evokes romance, loneliness, and, dare I say it, even some eroticism, a new area for the band.

But the biggest difference with the previous albums is the orchestration on Ocean Rain. The arrangements are lush and make the album unique, as well for Echo & The Bunnymen, as within the entire post-punk genre, to which the band was categorized, even though the band had clearly outgrown its limits.

For me, the album is characterized by the romance and distinctive production (lots of space between instruments and vocals). Although not my favorite production, it still strongly identifies the album. Besides the rare high level of the compositions, the sound is a clear part of its recognition.

Highlights can barely be pointed out. The singles are strong choices and well picked, but all the other songs are equally outstanding. But the epic closer Ocean Rain is a highlight in the band’s body of work and the post-punk genre.

It was the first (and unfortunately the last) time the band sounded this perfect and the reason the band will never fade away into oblivion. Ocean Rain is the ultimate example of what the band had to offer and stands strong as a true musical 1980’s classic.

No less than three singles were released: The Killing Moon and Silver were followed by Seven Seas on July 6th, 1984. Never before an Echo & the Bunnymen album yielded that many singles.

The singles proved to be a perfect introduction to the album and were all relatively successful. 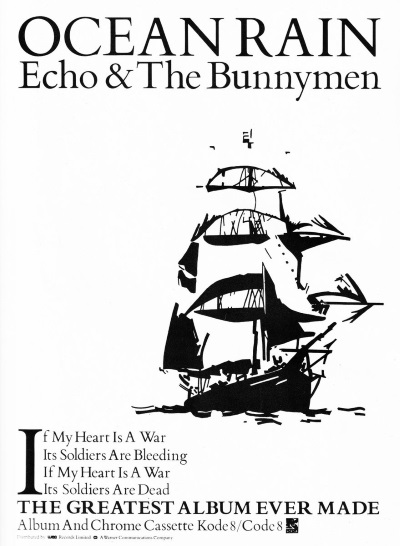 In 2003 the first 5 albums by the band were re-released in remastered form, supplemented with bonus tracks. Ocean Rain had 8:

In 2008 a Collector’s Edition was released, that contained 12-inch versions of Silver and The Killing Moon, and a second disc with recordings of a 1983 concert at Royal Albert Hall.

The tour in promotion of the album was lauded by the critics, in England as well as in the United States.

Early 1985 the band toured Scandinavia and mostly played covers of Television, The Rolling Stones, Talking Heads and The Doors. Except for the (successful) single Bring On The Dancing Horses and the compilation album Songs To Learn & Sing no new music was recorded and or released. 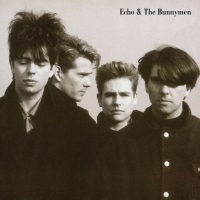 The band was not doing ok. From one day to the next drummer, Pete De Freitas left the band, weeks before the band was scheduled to go to work on the sequel to Ocean Rain in Conny Plank’s studio in Cologne. The recordings were deemed unworthy by the record company and the band alike. When De Freitas mentioned he wanted to return the entire album was re-recorded using De Freitas as a session musician. In the meantime McCulloch had developed a heavy drinking problem.

Laurie Latham was brought in for production duties. The sound changed: the orchestra was replaced by keyboards. The band hated the end result, particularly because of the mix. Indeed, the sound was nowhere near as sparkling as on Ocean Rain, but the compositions were not on par with the ones on the previous albums. And yet, I love the album that carries the name of the band as its title, Echo & The Bunnymen, which was released on July 6th, 1987.

On June 8th, 1987, the band was part of the bill of the Dutch Pinkpop festival, where I saw them play live. The weather had been foul all day (Lone Justice was even forced to drastically shorten their set due to danger of electrocution), but is got better and better. By the time Echo & The Bunnymen performed a beautiful evening had just set in. The music enchanted and made for a magical show, the highlight of the day. 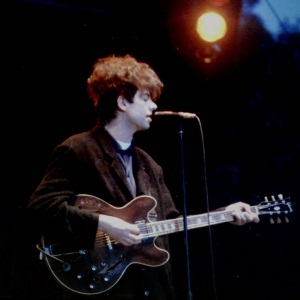 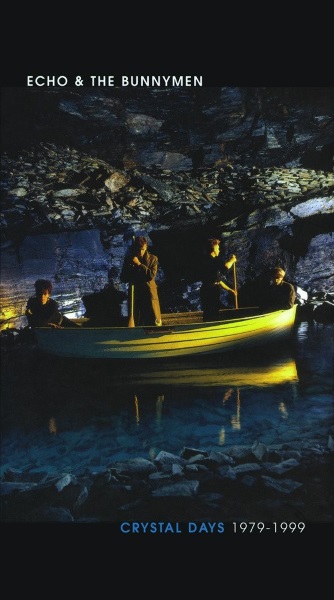 In 1988 Ian McCulloch left the band, halfway through 1989 followed by the passing of Pete De Freitas as the result of a motor crash. The future of the band was fragile. The band continued anyway: 1990’s Reverberation made no impact, at all. Three years later the band quit.

McCulloch left the band because he wanted a solos career. In September 1989 he released Candleland, followed by Mysterio in 1992.

Will Sergeant and Ian McCulloch came together once again in 1994 under the moniker Electrafixion. In 1997 Les Pattinson joined them. All original, still living, Echo & The Bunnymen members had reunited. They decided to reuse the name again. It led to the new album Evergreen in 1997, which was followed by 1999’s What Are You Going to Do with Your Life?. Pattinson left the band and McCulloch and Sergeant kept on touring and releasing albums using the name Echo & the Bunnymen. Four more studio albums were released: Flowers (2001), Siberia (2005), The Fountain (2009) and Meteorites (2014). Many live albums have been released as well.

In 2001 the compilation box set Crystal Days 1979-1999 was released. Not only does the title reference the Ocean Rain era, the album cover is an outtake from the Ocean Rain photo sessions.

What do you think of & The Bunnymen, and Ocean Rain in particular? Let me know!

Video/Spotify
This story contains an accompanying video. Click on the following link to see it: Video: Echo & The Bunnymen – Ocean Rain. The A Pop Life playlist on Spotify has been updated as well.