Queen and fascism: the Jazz album

Rock in the polder: the 10 best Dutch albums

So far, Dutch rock is not very prominent on my blog. In the 1950’s and 1960’s the Netherlands were introduced with pop/rock music by Dutch musicians through acts like The Blue Diamonds and Peter Koelewijn. During the second half of the (19)60’s Dutch pop music gets more serious with Cuby & The Blizzards, The Golden Earrings, The Outsiders and Q65, culminating in the global hit Venus by Shocking Blue. 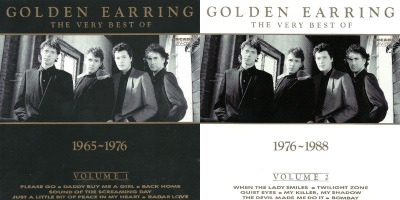 Golden Earring – The Very Best Of

In the (19)70’s Dutch pop music becomes popular, internationally as well. Bands like Alquin, Earth & Fire, Ekseption, Focus, Golden Earring, Kayak, Sandy Coast, Solution and Tee Set set the tone with well received albums. The ‘Palingsound’ (which translates into ‘Eel soud’, which refers to the local village of Volendam, where a lot of local fishermen live) rears its head: The Cats are very popular. BZN alters its sound from hard rock and begins a second career in which they dominate the Dutch charts for decades. Each new album turns gold even before they hit the shops.

The Netherlands do well in other musical genres as well: The George Baker Selection scores global hits, just like the (producers) formation Stars On 45. Teach-In wins the Euro song festival and Pussycat has a big hit with Mississippi. Vader Abraham has a huge international hit with a song about the smurfs. 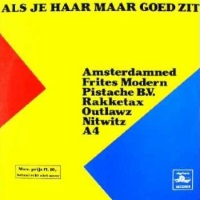 After punk hit the music world, bands pop up in great numbers. Herman Brood becomes huge in Holland. He even goes off to America, but the adventure backfires. During that time a lot of exciting bands come up, among which Blue Murder, Gruppo Sportivo, The Meteors, New Adventures, Nits, Phoney & The Hardcore, The Rousers, Urban Heroes and Vitesse.

Dutch rock (rock with Dutch lyrics) is no longer exotic: Frank Boeijen, De Dijk, Doe Maar, Drukwerk, Het Goede Doel, Klein Orkest, Normaal, Tröckener Kecks and The Scene sing their songs in Dutch and create great music. Nowadays that all seems pretty normal, but at the end of the 1970’s and early 1980’s it was not the thing to do.

The Ex – History Is What’s Happening

Within alternative circles interesting things start to happen. Midway through the 1980’s the ‘Amsterdamse gitaarschool’ gives rise to extremely good bands like Claw Boys Claw and The Fatal Flowers. The electronic Clan Of Xymox and Minny Pops do very well within their own communities. The Dutch collective The Ex is internationally renowned for its authenticity and innovation.

But The Netherlands also do well in genres like soul, disco and funk: Mai Tai, Spargo and Time Bandits create good, slick music, that sells well, even abroad. after the breakup of his band Vandenberg, hard rock guitar player Adje van den Berg is enlisted by Whitesnake.

The Dutch ladies trio Centerfold is the Dutch equivalent to Vanity 6. The song Dictator is a huge hit, as well as their cover of Golden Earring’s Radar Love. The Dutch band Loïs Lane perform with Prince and even records music with him. Saxophone player Candy Dulfer is part of several line-ups of Prince’s bands.

The 1990’s start off with international success for the Urban Dance Squad and dance-act Quazar. Bettie Serveert follows quickly. Acts like 2 Unlimited, Ten Sharp, Total Touch and the Vengaboys turn into international pop acts that have hit after hit after hit.

The Netherlands is the birthplace of a sub genre in the early 1990’s: gabberhouse, extremely fast dance. 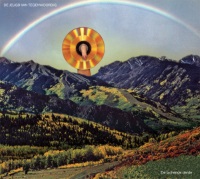 In the meantime Dutch hip-hop matures. Acts like Extince, Osdorp Posse and, some time later, De Jeugd Van Tegenwoordig improve the overall hip-hop music coming out of the Netherlands and make it exciting and fresh. Spinvis creates some great albums at the beginning of the new century. Acts like Junkie XL, Within Temptation, Ayreon, Armin van Buuren and Tiësto are internationally held in high esteem in their own specialist environment(s).

Nowadays the Dutch rock/pop scene flourishes like never before. The diversity is huge: Typhoon differs from Altın Gün differs from Pink Occulus. And yet, they are all successful and good.

Selecting only 10 albums was difficult. In the end, a lot of the 1970’s acts got excluded because their albums are too inconstant (to me). Therefore, the, arguably, biggest Dutch act Golden Earring is excluded as well. Lots and lots of great songs, but I can’t name one album that fascinates me from start to finish.

Without further ado, my top 10:

These are my 10 favorite Dutch albums.

Do you know other (better) ones? Let me know and I will add the cover to the story!