Gil Scott-Heron: The Revolution Will Not Be Televised

Pixies and the story behind the classic Doolittle

I discovered Paolo Nutini relatively late. On July 11th, the second day of the 2015 edition of the Dutch North Sea Jazz Festival, I saw him live and was impressed. The very same day I bought Caustic Love, as well as the two previous albums.

I had heard of the name before, but based on articles I read, I never felt inclined to go and listen to his music. The first two albums of the Scottish singer Paolo Giovanni Nutini (born on January 9th, 1987) passed me by. 2006’s These Streets and 2009’s Sunny Side Up were both very successful in the United Kingdom (UK). Both albums were certified 5 times platinum. 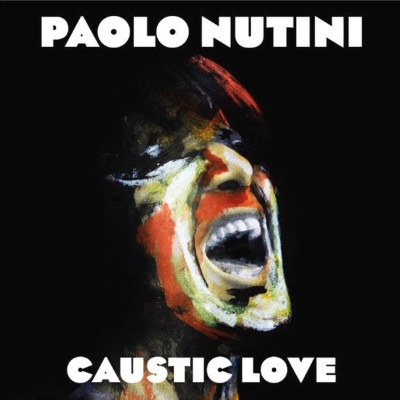 On April 11th, 2104, Paolo Nutini’s third album Caustic Love is released in The Netherlands (April 14th in the UK). Following a two year tour for the release of the previous album Sunny Side Up, Nutini started writing and recording a follow-up in February of 2011. The album was recorded in several studios in several countries, including Ireland, England, Spain, the USA en Scotland.

In December 2013 Nutini announced his new album was to be released on April 11th/14th the following year.

The opening songScream (Funk My Life Up) is highly addictive, with a full-on horn section and Nutini’s raspy voice which creates a rich soulful sound. Up next, Bettye Lavette starts singing Let Me Down Easy as an intro to the song with the same title. A very nice soul song.

One Day and Numpty are great soul songs as well. After that, the real fireworks start: Better Man (that girl makes me wanna be a better man). A beautiful gospel like song, with a choir that makes the song explode, all beautifully sung by Nutini.

No time to breathe, because next up is Iron Sky, even more impressive than the previous song. A fantastic song with, once again, Nutini singing beautifully. A definite highlight.

Iron Sky is followed by a number of really great songs as well, but after the two highlights they do disappoint a bit. The cooperation with Janelle Monáe on Fashion is great though. Yet, a diffrent track listing would have done a lot of good to the album. The other songs in themselves are really great, but coming after the two stunning songs in the middle, somehow feel less.

And still, I listen to this album quite regularly (admittedly never all of it at once) and I relally encourgae you to listen to it, if only for the superior songs Better Man and Iron Sky. The next time he comes and visits the Netherlands, I most certainly will go and see him.

Four singles were culled from the album. Scream (Funk My Life Up) was the first and was released on-line almost three months prior to the album on January 28th, 2014. The accompanying video was published on March 10th, followed by a physical single release on March 30th.

Initially the single Iron Sky was not a hit single in The Netherlands. On January 7th, 2015, the attacks on the offices of Charlie Hebdo took place in Paris. Following those attacks the track was played on Dutch radio station 3FM a lot. The record company rush released the single and it went up the Dutch charts.

All songs written by Paolo Nutini and Dani Castelar, unless stated otherwise.

All of 2015 was spent on tour promoting Caustic Love, bringing Nutini to the North Sea Jazz Festival. In 2016 he did a couple of shows, including two shows at Concert in the Gardens, as part of the Hogmanay street party in Edinburgh, which is traditionally organized on New Year’s eve. Due to an enormous demand for tickets, a second show was planned for December 30th, titled The Night Afore.

Whether or not Nutini is busy making music and/or a new album at the time of writing, is unclear. The latest news stems from 2019: he sang karoake in his home town Paisley (not far from the Scottish capitol Glasgow).

What do you think of Caustic Love and Paolo Nutini? Let me know!

Video/Spotify
This story contains an accompanying video. Click on the following link to see it: Video: Paolo Nutini – Caustic Love. The A Pop Life playlist on Spotify has been updated as well.