In 1978 Japan released their second album Obscure Alternatives. Earlier that same year their debut album Adolescent Sex was released. Both albums are ignored by the members of the group and characterized as youthful errors. But still, Obscure Alternatives in particular is a significant step in the band’s history. With that in mind, this is a look back at the second Japan album.

In the summer of 1978, just 3 to 4 months after the release of debut album Adolesent Sex, disappointment crept in. Both the band and the record company were unhappy with the abominable album sales in Europe, England and America. What’s worse is that the band was ridiculed based on their image and looks and, as a consequence, was not taken seriously musically.

The band, David Sylvian in particular, was unhappy with the way the band was marketed and promoted. The sexual connotations were not appreciated and deemed irrelevant. David Sylvian wanted more say in every aspect of the band and the music. 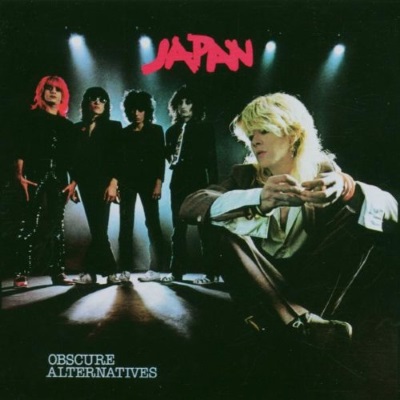 The second album appeared on October 27th, 1978, just over 6 months after their debut. The album is loathed as well as praised:

Obscure Alternatives hid the funk and soul side of the debut and preferred rock music. Still, the sound was more refined. I think the following three songs illustrate that perfectly: …Rhodesia, title song Obscure Alternatives and the closing The Tenant. All three original and very good and the primary reason I like this album so much. Come to think of it, these three songs go against the typical rock-feel of the album.

…Rhodesia is a reggae/rock song that was part of the concert setlist for a long time. One of the songs on the album that has a tangible funk feel. Obscure Alternatives starts off calmly and is built up ever more during the song. Sylvian even screams, something that was absolutely not done later on in Sylvian’s career. But it turns out great within the context of the song. And, Steve Jansen’s drumming is superb, once again.

The Tenant clearly indicates the next musical step in Japan’s musical journey, culminating in Quiet Life, Gentlemen Take Polaroids, Tin Drum and goodbye live double abum Oil On Canvas. The Tenant is an instrumental song that is built around an effective, simple and moving piano theme, which bears resemblance to the works of Erik Satie. It would have fitted nicely on the second side of David Bowie’s Low.

What makes this album so special, is the introduction of many of the elements that would make Japan so recognizable later on. Sylvian sings in a lower register, Mick Karn’s playing on the fretless bass is flawless. He plays the saxophone for the first time on a Japan album. Richard Barbieri is more outspoken on his keyboards. He clearly feels more comfortable with the instrument and its possibilities. Once again, drummer Jansen is phenomenal. The only one who is seemingly out of place, especially considering what was in store, is guitar player Rob Dean. After this album his role in Japan’s music would diminish considerably. A shame really, for his playing on this album is superb. 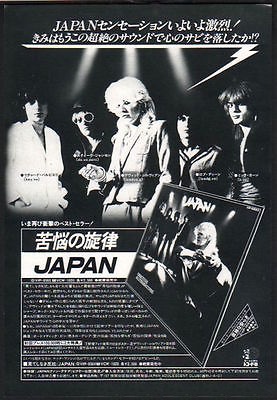 As was the case with Adolescent Sex, Obscure Alternatives was not commercially successful. But, there was one country where it all did work: Japan. The beginning of a loving relationship between the country and the band, who shared a name.

During an interview in 2004 it was suggested to David Sylvian to go over each album he was involved in and that they should start with Adolescent Sex and Obscure Alternatives. To the latter he replied: “You can, I mean, I haven’t heard them since 1982 or whatever. I have no interest”. Did he hate those albums or was he embarrassed by them? “I don’t cringe as much as I laugh, I don’t take it so seriously as to worry about it. I understand the train of thought. It doesn’t bother me”.

Amongst the band members, the consensus on Adolescent Sex is that it didn’t turn out the way they had hoped. No happy memories for that album. It’s very clear that Obscure Alternatives has the upper hand. Richard Barbieri: “I can much more relate to Obscure Alternatives, and were that the debut album I would’ve been quite pleased”.

To me Obscure Alternatives is a great album by a band that is clearly in search of its destiny. And yet, it doesn’t sound at all like the upcoming Quiet Life. The song The Tenant is widely regarded as a precursor to the Quiet Life album. I don’t see it (at all). I think the song has more kinship with the Gentlemen Take Polaroids album (coming after Quiet Life) or even David Sylvian’s later solo work. 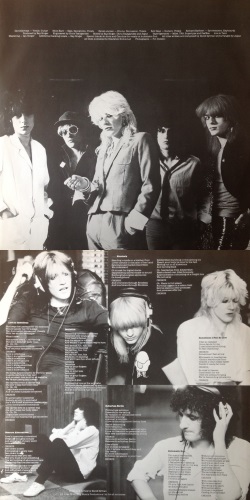 All songs written by David Sylvian. 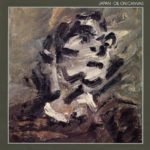 The first release after Obscure Alternatives was the fantastic single Life In Tokyo, a collaboration with Giorgio Moroder. The same year album Quiet Life was released, on which the band sounded softer, darker and more electronic than ever before. The success in Japan the country kept on growing, while Europe remained sceptical. Reactions to album Gentlemen Take Polaroids were the same. It was only after the release of album Tin Drum that Europe awoke. By then it was too late, the band imploded. The, posthumously released, goodbye album, Oil On Canvas, turned out to be the best-selling record of their career.

What do you think about Obscure Alternatives? Let me know!