Amy Winehouse – Back To Black

A new era starts, and it starts well, very well even.

On October 16th 2001, this album is made available to the members of his online community NPG Music Club. One month later this was to be followed by a physical release (on the cd format). During the Prince: A Celebration – The Rainbow Children festival in June 2001, which took place at Prince’s Paisley Park Studios, the album was premiered. The audience that was present during was invited to take part in discussions and asked to feedback on (the message of) the album. These meetings were filmed by (movie) director Kevin Smith, a huge Prince fan. The recordings, however, didn’t exactly go as planned. The accounts of the week and the plans and how they were executed, is, hilariously, conveyed by Smith during a monologue in the documentary An Evening with Kevin Smith (a dvd containing Q&A sessions between Kevin Smith and various fans).

The album was recorded at the end of 2000 and beginning of 2001 and is (once again) largely a Prince solo project. The drumparts, however, are, by and large, performed by the great, great drummer John Blackwell. Larry Graham plays bass on The Work Pt. 1 and Last December. The Hornheadz play on five songs. Najee contributed saxophone and /or flute on some songs. 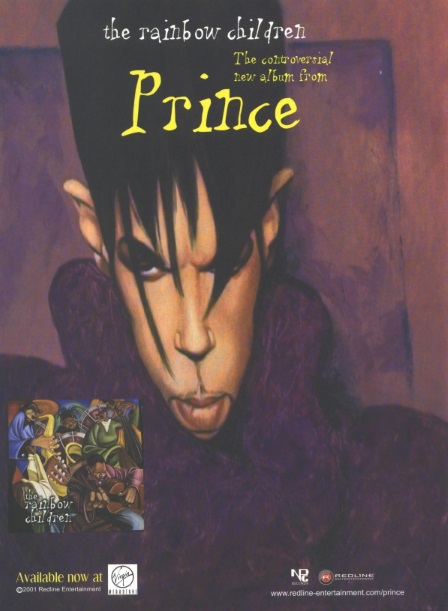 The album tells the tale of the Rainbow Children, who want to develop a new state which addresses “the accurate understanding of God and his laws”. The characters are introduced, The Wise One (Prince?), his wife (ex Mayte?), The Resistor (?). Just as in the book of Genesis the woman is seduced. Contrary to that story, here the woman is banished, together with several (!) others: The Banished Ones.

The Wise One keeps his faith in God and trusts He would provide another wife (Prince’s second wife Manuela Testolini?). In the story the Rainbow Children portray a group of people who went through some kind of spiritual enlightenment flying on the wings of the New Translation (Jehovah’s Witnesses use the New World Translation of the Holy Scriptures as their Bible).

Further along The Wise One is present again and he receives the woman he desired (The Muse) and they marry.

The God-component was always present in his work, clearly evident on the (magnificent) album Lovesexy, but the way it is incorporated into this album is astounding; irritating and pushy, according to many.Certain lyrics are prone to multiple interpretation. As a consequence Prince was accused of homophobia, anti-Semitism and sexism. Nothing new regarding, born-again or not, christians, but these accusations in relation to Prince were new.

For what it’s worth, I don’t subscribe to these accusations. 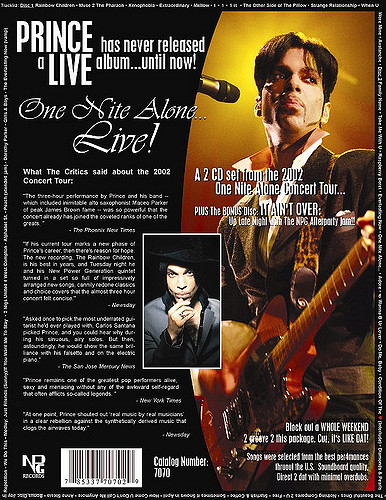 I think it’s a great album. Lyrically definitely not my cup of tea; the Christian theme bores me, but it is clearly audible that Prince found his muse again (after the disappointing records Emancipation and Rave Un2 The Joy Fantastic). The album sounds perfect, the compositions are all worth the time and he clearly has a lot of passion for the subject. 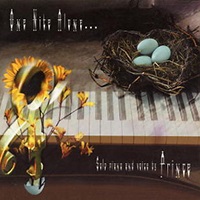 The passion is so strong that the tour that followed (One Nite Alone…, named after a solo album that was solely distributed with the NPG Music Club community in May 2002) was centered around the album; the tour dug heavily into the new material, the old material that was played contained lots of fan-favorites.

Prince was so fond of the tour that it eventually led to the first live album by Prince in his, at the time, almost 25 year running career: One Nite Alone… Live! Many songs on the live album were originally released on The Rainbow Children.

His band at the time was scarily perfect and consisted of the cream of the crop, musician wise.

It was around the time of the NPG Music Club, which meant that tickets to he shows were guaranteed for members of the club; these tickets ensured the owners standing tickets right in front of the stage in a secured area. 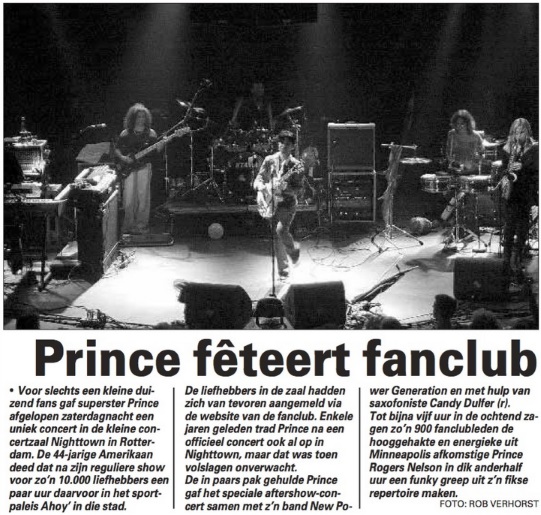 But it wasn’t just limited to the regular shows, access to soundchecks and aftershows were also part of the deal (even though tickets to the aftershows were later sold separately). The soundchecks were a dream come true for the fans. Prince was relaxed, made a lot of contact and played songs that weren’t played in a regular context.

This whole period was like a dream for the fans: he, willingly and knowingly, confined himself to a niche-market and felt comfortable in it. The many releases during this and the (and the shortly after) next period and the high level of his output proved the feeling of Prince feeling reborn.

10 years later the same curve would be repeated with his project 3rdEyeGirl; at that time he felt rejuvenated and his releases became more interesting.

The Rainbow Children is one of my favorite Prince albums by Prince in the latter days of his career. Particularly the accompanying tour and everything surrounding that makes this album and the period to be a highlight in his career and in my admiration for the man’s abilities.

Do you know this Prince album? What do you think of this album? The same problems with the overall theme or does the inspiration lessen the views on that?