Prince – Chaos And Disorder – The interviews

Prince – Chaos And Disorder – The reviews 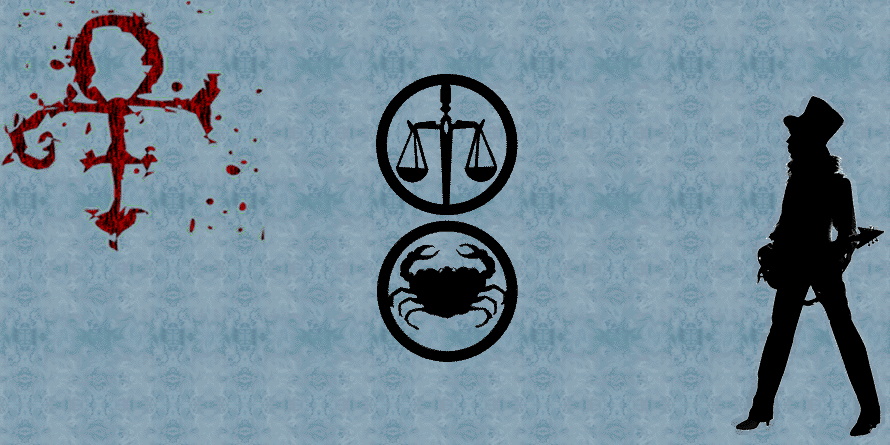 The single Dinner With Delores, which preceded the relase of the Chaos And Disorder album, was made available on June 7, 1996 (Prince’s birthday) in RealAudio format on the Warner Bros. site for the album (www.wbr.com/chaosanddisorder), making Dinner With Delores the first Prince/

song that was premiered online.

On the website Warner Bros. recommends the album, even though the record company was actually offended by the it, as they interpreted it as a ‘fuck you’ statement by

has put 2gether his most consistent, ferocious album since 1981’s ground-breaking DIRTY MIND. Guitar heavy and mean–this set shows off why some people believe him 2 be one of the most underrated rock guitarists of his generation! This album also marks the return of Rosie Gaines! After one listening, all who live through this sonic assault agree–this time he has something 2 prove!

The website could be reached on the (http) address www.wbr.com/chaosanddisorder and was online for about four years. The front page looked as follows: 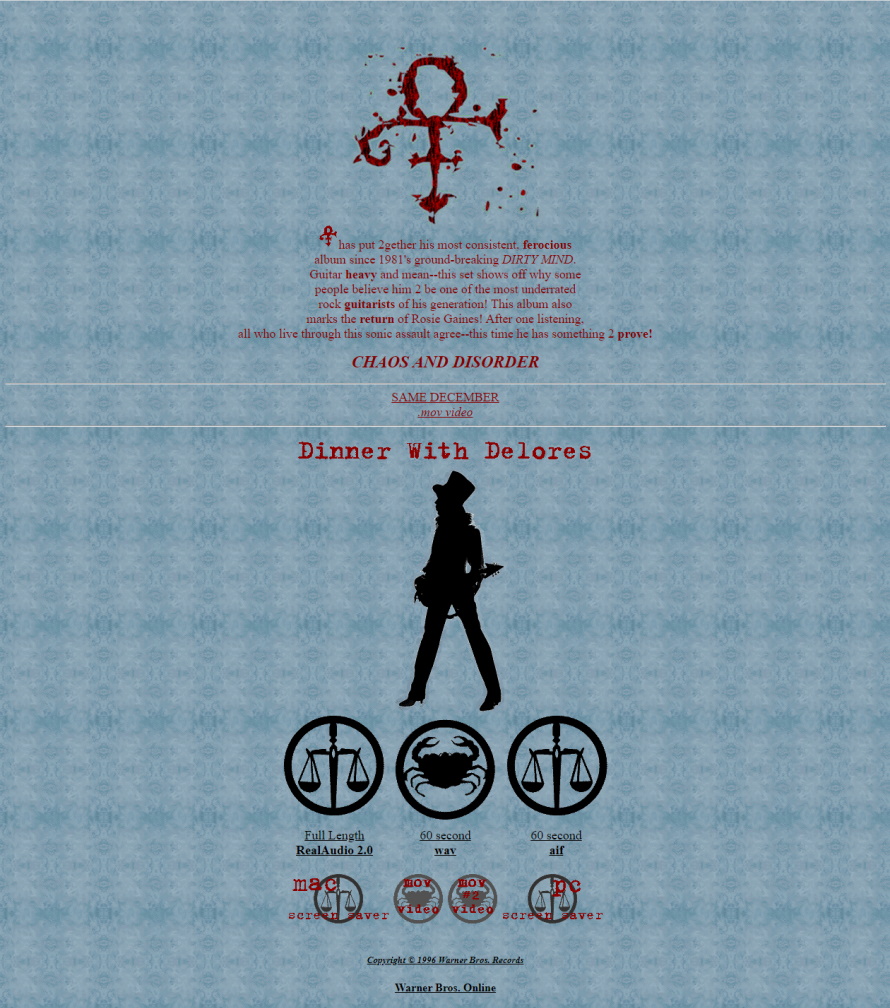 Form the main page several files and a subpage could be clicked. In the order on the image shown above:

Unfortunately I haven’t been able to obtain the original screensavers, but was able to get a lot of the other things.

I have found the original videos. It’s funny to see just how much the quality of online images, sounds and videos has improved over the last decades. At the time these kind of files took a lot of time and effort to download using our analog modems.

The link to the 60 seconds in WAV file format referred to the soundclip below: