Foxygen – We Are The 21st Century Ambassadors Of Peace & Magic

Tomorrow Fischer-Z will play a show at the Paradiso in Amsterdam, The Netherlands. It was announced as a 40-year jubilee. Youth nostalgia to the max.

This article is about the band’s history and focuses on the most interesting period, the first three albums, with the original line-up: Word Salad, Going Deaf For A Living and Red Skies Over Paradise. 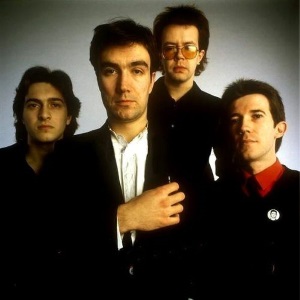 Fischer-Z was founded in 1976 by John Watts and Steve Skolnik. The classic line-up of the English band consisted of Watts (vocals, guitar), Skolnik (keyboards), David Graham (bass) and Steve Liddle (drums). Watts was the band’s composer and dictated its course. He has been the one constant factor in the band over the years.

Watts studied clinical psychology and worked in psychiatric institutions. Meanwhile he wrote music and played in his band Sheep, which developed itself, in punk clubs, to what eventually became Fischer-Z. A band with a new wave sound, like Roxy Music and contemporaries Talking Heads. Watts’ vocals were very recognizable and I have seen it be described as “Pete Townsend on helium”. His voice in particular played a big part in not taking the band too seriously in England.

The first album was released in 1979: Word Salad. The song The Worker was a modest hit in The Netherlands. The song So Long off the second album Going Deaf For A Living became a genuine hit, but with Marliese off the third album Red Skies Over Paradise, Fischer-Z broke through, even in England.

It did come as a shock when Watts announced he was disbanding Fischer-Z during the summer of 1981. He felt the band had become too far removed from its initial art ideals. Watts started a solo career and released two solo albums in 1982 and 1983: One More Twist and The Iceberg Model. In 1984 he started a new band, The Cry, which released the album Quick Quick Slow.

In 1987 Fischer-Z was re-formed, with a completely different line-up than the original. Until 1995 this version made 5 albums, on which Watts gave a lot of attention to poverty, war and suffering.

In 1997 Watts restarted his solo career again, which was shortly interrupted in 2004 by a one-time reunion of Fischer-Z in the original line-up. In 2011 Watts released the Fischer-Z album. The album consisted of one old, never before released, recording from 1985 and new versions of Fischer-Z classics. In 2016 an album was released under the moniker Fischer-Z, as well as in 2017.

In May of 1979 the first Fischer-Z album was released. In England it turned into a cult album. The single Remember Russia was highly supported by John Peel in England. With the single The Worker Fischer-Z broke through in Europe. The song is about John Watts’ father and his daily commute by train to and from his place of work.

The first cd-release of the album is very rare. In 1997 Disky Communications Europe re-released it as a cd (titled The Worker), with Limbo and Marliese as bonus tracks. In 2005 it was re-released again, titled Fischer-Z.

The songs Wax Dolls, Remember Russia, The Worker and Pretty Paracetamol (titled First Impressions on the single release) were released as a single. In The Netherlands The Worker was the only single to be released. It became a modest hit and the band appeared on Dutch pop television program Toppop.

Through a friend of my father, Fred, who worked at recordcompany EMI at the time, I bought the album at the costprice (ƒ 7,50 as opposed to the average retailprice of ƒ 15,95).

I thought the album was fantastic. It sounded fresh and original. I remember using the album a lot for testing purposes of my very first music installation, because of the direct and open sound of the album.

The music was undisputedly new wave, with punk influences. But it was more complex musically than average within the genre, With lots of tempo changes and musical sidesteps. It was more like art-pop. Great rhythm section, by the way!

Lyrically I thought Fischer-Z were great. With a lot of compassion, little stories came to life. The best example thereof, on the first album, is The Worker:

The hated journey on the train
Always been the same
Looking out windows
Second class and second best
What a waste of time
Sleep for five stops in a row
Prepare yourself to go
Waterloo station
Bought a ’69 Capri
Failed the M.O.T.,
What a waste of time

The Worker, the worker

Always kiss the wife goodbye
Often wonder why
At seven in the morning?
Think it’s time for a change
Wouldn’t that be strange
What a waste of time

The Worker, the worker

Going Deaf For A Living 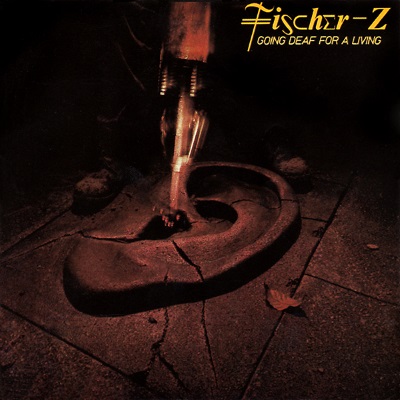 Fischer-Z – Going Deaf For A Living

In May of 1980 the second Fischer-Z album was released. It is the most consistent and exciting Fischer-Z album, once again highlighting Watts’ storytelling. The doom that dominated the music world at the time, hadn’t influenced the band. The songs were almost cheerful and were largely up-tempo. A number of songs were unmistakably touched by reggae. The guitar was more prominent on the performances. It stands out that the album doesn’t contain a bad song. Quite a feat!

Room Service, Crazy Girl, Limbo and So Long have been released as a single. In The Netherlands just Room Service and So Long were released, of which the latter became a hit.

The album proved to be a giant leap forward for Fischer-Z. To this day, the album is still good and doesn’t sound dated at all. The number of highlights on this album is huge. The first three songs on the album are perfect popsongs. The pinnacle song is Going Deaf For A Living, a beautiful melodic song. 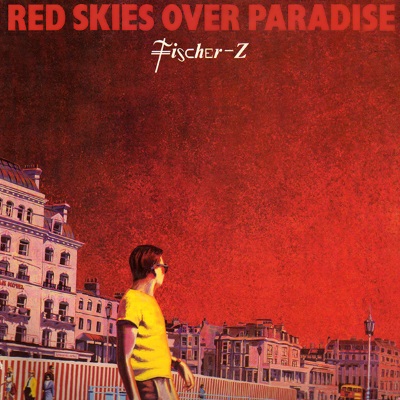 In March of 1981 Fischer-Z released its third album. The opening song immediately sets the mood: These sore red eyes / explore the room again. No more happy music, like on its predecessor. This album is dark and full of politics and the (consequences of the) Cold War. Not very cheerful. The music is desolate and sparse. And yet the album was a success; many recognized the feeling. Success never reached the USA, as the album was not released there.

At the time the album was released, Steve Skolnick had left the band. The song’s subjects range from crazy fans (Marliese), not helping/running away from a suicide attempt (Wristcutter’s Lullabye) and social and political commentary.

Marliese, Wristcutter’s Lullaby and The Writer were released as a single. The first turned into a major hit in The Netherlands.

To me, the LP is inevitably linked to the book Wir Kinder vom Bahnhof Zoo. In this book Christiane F. describes her disastrous childhood which ends with turning into a heroin addicted prostitute in Berlin, at just 14 years of age. In 1980 the book was released in a Dutch translation, titled Christiane F, Verslag van een Junkie. In 1981 the book was made into a movie (in which David Bowie played a part).

I clearly remember reading the book with this album’s music as background. That probably makes the music even more dark to me. The theme in many of the songs is not very happy. As I recall, it all fits the times and the general mood of the early 1980’s perfectly.

I thought the album was better then than now. It sounds rather timephased.

Going Red For A Salad (The UA Years) 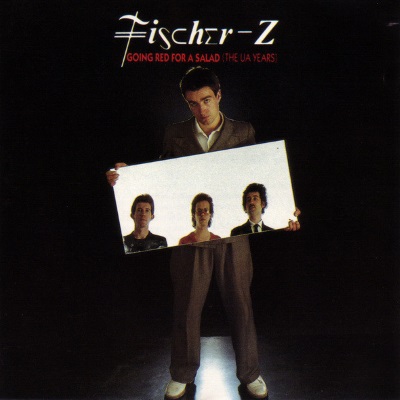 Fischer-Z – Going Red For A Salad

The album contains 20 songs. For each song John Watts wrote a short text:

What do you think of Fischer-Z? Let me know!