Foxygen – We Are The 21st Century Ambassadors Of Peace & Magic

The single San Fransisco made me eager for the album by the, at that time unbeknownst to me, band Foxygen. On January 22nd, 2013, it was released, I had it in my possession on February 5th, 2013. An album that covers a wide range of styles, and contains beautiful songs, musically different and inspired. This band was one to follow.

Foxygen is an American indie rock duo from California. The band was founded by multi-instrumentalist Jonathan Rado and singer Sam France. Rado and France started their band in 2005 when they were just fifteen years old. They played experimental music. After they released a couple of EP’s, they were discovered by producer Richard Swift in 2011. They signed with Jagjaguwar Records, after which their first album Take The Kids Off Broadway was released on July 4th, 2012. The album turned out to be too chaotic to be playable for their touring band…

We Are The 21st Century Ambassadors Of Peace & Magic 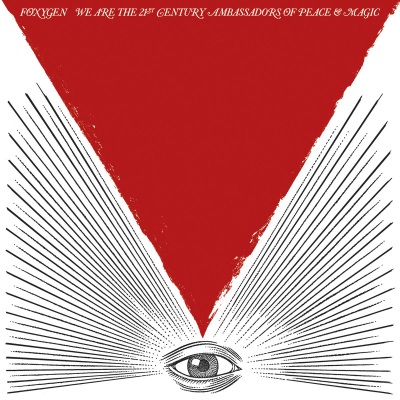 Foxygen – We Are The 21st Century Amassadors Of Peace & Magic

On January 22nd, 2013, Jagjaguwar Records released the second Foxygen album: We Are The 21st Century Ambassadors Of Peace & Magic. The album was preceded by two great singles: Shuggie and San Fransisco.

The album is nothing like its predecessor. We Are The 21st Century Ambassadors Of Peace & Magic is pure pop. In part beacuse of the problem with touring the previous album, Rado and France were forced to add a bit more structure to their songs.

The result was a 1960’s album that can be seen as a sincere tribute to that era of music, without Foxygen losing sight of the world today and without compromising their own awkwardness.

Lyrically, the band if funny and original, as well. In San Fransisco for instance:

But also in the beautiful No Destruction:

There’s no need to be an asshole, you’re not in Brooklyn anymore
You may take what you are given but you leave it on the floor

I met your daughter the other day, that was weird
She had rhinoceros-shaped earrings in her ears

Listening to the album, many influences come to mind, and not the least: Simon And Garfunkel, Bob Dylan, David Bowie, Mick Jagger, The Beatles, but also the somewhat more recent Beck.

The real strength of the album is that it almost sounds nostaligic, but it never gets sentimental. Foxygen delivered a number of beautiful songs, that pay tribute to great music of the past. Luckily, Foxygen has enough to offer of its own, to pull this off, without being sidetracked as a mere 1960’s cover act. 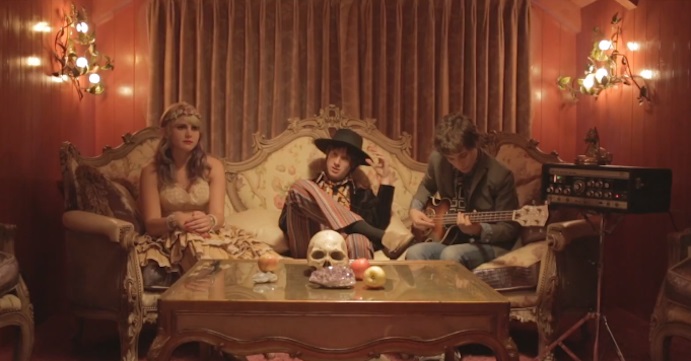 All songs written by Foxygen.

The band’s live reputation isn’t that great. The tour for this album plays a big part in that. A lot of shows went downhill, oftentimes derailed by the odd, manic behaviour of singer France.

In 2014 Foxygen released a double album: …And Star Power, a concept album on a band with the name Star Power. A freakish piece of work, but intriguing from start to finish. In 2017 Hang was released, which sounds like a musical. In 2017 I saw Foxygen live for the first time at the Paradiso in Amsterdam: a great night.

Do you know Foxygen? And the album We Are The 21st Century Ambassadors Of Peace & Magic? If not, find it and listen to it!