Prince creates psychedelic funk on Around The World In A Day

The Cure surprises with the sublime Seventeen Seconds 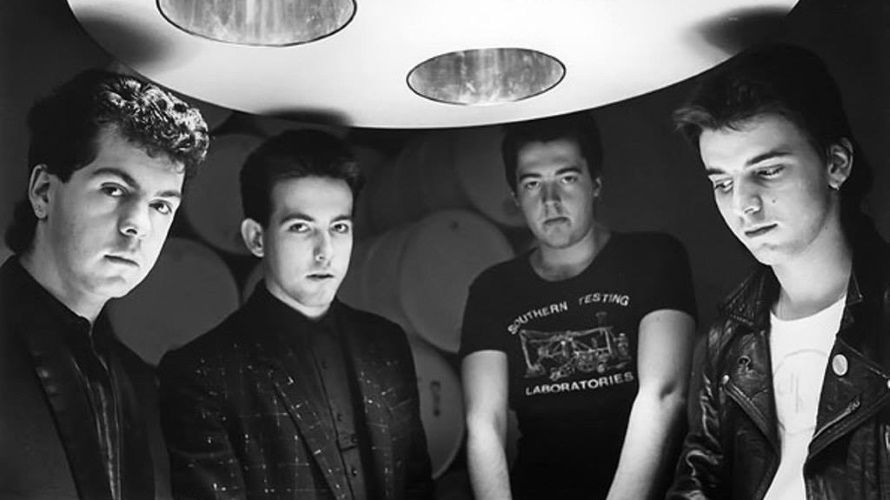 At the beginning of the 1980s The Cure was one of my favorite bands. I absolutely adored Faith, which I bought as soon as I had the money. After a day’s work out in the fields, I cycled home through the pouring rain with my treasure firmly held against my body. My love for the band had started with the preceding Seventeen Seconds.

Ever since 1973 Robert Smith and Laurence “Lol” Tolhurst played together, at first in a band called Obelisk, which led to Malice, followed by choosing the name Easy Cure in 1977. The band entered and won a contest and was rewarded with a recording contract with Ariola-Hansa; on May 18th, 1977, Easy Cure signed the deal. 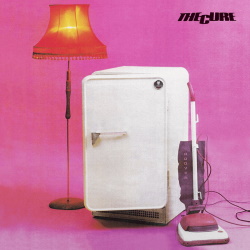 The band, which has four members by this time, goes into the studio for some recordings in October and November of 1977. Following Hansa‘s discontent with the results and their refusal to release the single Killing An Arab, the deal is nullified in March of 1978. The band is on their own again.

The band was renamed The Cure, reduced to a trio and recorded some demo’s that were sent to various record companies. Chris Parry, who had recently founded his own Fiction label, signed the band in September 1978. In December 1978 The Cure’s debut was released, the single Killing An Arab. Given the title, it didn’t take long for the band to be accused of racism. Unjustly so by the away, as the song is based on Albert Camus’ novel L’étranger (The stranger), which revolves around the murder of an Arab.

On May 8th, 1979, The Cure’s debut album, Three Imaginary Boys, is released. Robert Smith in particular was unhappy with the album. The songs didn’t sound like what he had in mind for the band. Also, the band was not involved in the compilation process of the album, nor in its presentation. 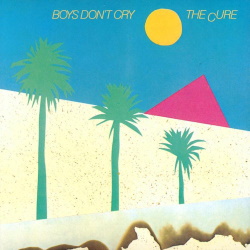 While playing with The Banshees, Smith figured out what he wanted. The music and its power spoke to him. He had a (new) vision of where The Cure was headed. But the new music didn’t agree with bass player Michael Dempsey, so he left. He was replaced with two new players, Simon Gallup (bass) and Matthieu Hartley (keyboards). The Cure was back to four again.

On February 5th, 1980, Boys Don’t Cry was released, which essentially was a revised version of Three Imaginary Boys. It was released in order to garner some interest in the band in markets outside of the UK. 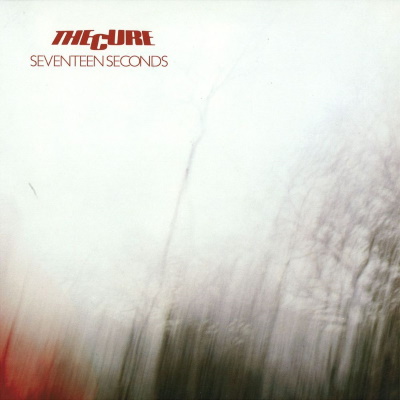 On April 22nd, 1980, the second album by The Cure is released, Seventeen Seconds. In the liner-notes of the 2005 re-release, Smith writes that he listened a lot to Nick Drake’s Five Leaves Left, Jimi Hendrix’s Isle Of Wight, Van Morrison’s Astral Weeks and David Bowie’s Low, while writing the new album.

According to Smith the debut album had made just enough money for the band to afford 10 days worth of studio time, costing between £ 2,000 and £ 3,000. The band worked long hours and slept in the studio to save on hotel bills. Evidently, money was also saved on tapes, because when the band was recording the song The Final Sound, the band was still playing when the tape ran out after a mere 53 seconds.

The album signaled a radical shift in direction, when compared to the debut album. The sound was clear, giving a prominent role to the drums, the snare and kick drum in particular. The general mood of the music is slow, dark, depressive even and distant, yet warm.

Many songs are fairly simple, but it all works out perfectly. I love the album and the overall feel it has. The sound, which was described as cold and bleak in may reviews, may be distant, but its humanity prevails. Smith’s voice, which you either love or hate, in particular, may sound plaintive, it’s also the embodiment of emotions, which were very recognizable, especially around the time when the album was created.

The album is generally regarded as one of the first goth albums, an opinion I personally don’t share. The music is more doom than anything else, aligning with Joy Division, something the next album would demonstrate even more.

During Seventeen Seconds, we honestly felt that we were creating something no one else had done. From this point on, I thought that every album was going to be the last Cure album, so I always tried to make it something that would be kind of a milestone. I feel Seventeen Seconds is one of few albums that genuinely achieved that.

In the meantime, Smith had learned his lesson from his experiences with Three Imaginary Boys and demanded total control of everything: the music, the cover, the compilation, the sound and the image. He got his way and it marked the true beginnings of The Cure. Smith himself has stated he regards Seventeen Seconds as the real debut album by The Cure.

The cover of the second album corresponds with the music. During the Banshees-tour I had a camera with me. I took pictures and after they were developed one of them showed a row of trees, but the camera had moved while the picture was taken. It was an accident, but it gave a very beautiful image. It was like a travesty on everything that was written about us. It’s a row of trees, but because of the moving camera, it looks like the shape of a church. It’s a sort of masquerade and the whole image-thing was the same as the row of trees and the church. I deliberately chose the cover to be like that. Right now, we control everything ourselves.

The cassette release in the US had a different cover, showing the red blob at the bottom in the middle. 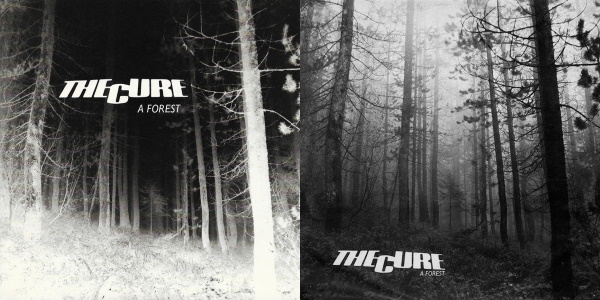 On March 28th, 1980, the first and only single off the album was released: A Forest. Against all expectations, it became a modest hit. It grew out to be one of many classics in The Cure’s body of work. For many, A Forest was their first introduction to the band. It’s an extremely well crafted and good song, that still sounds fresh today.

With “A Forest” I wanted to do something that was really atmospheric, and it has a fantastic sound. Chris Parry said, “If you make this sound radio friendly, you’ve got a big hit on your hands.” I said, “But this is how it sounds. It’s the sound I’ve got in my head. It doesn’t matter about whether it’s radio friendly.”

The band recorded a video to A Forest. On the same day a video was shot for Play For Today as well, even though that song was never released as a single. 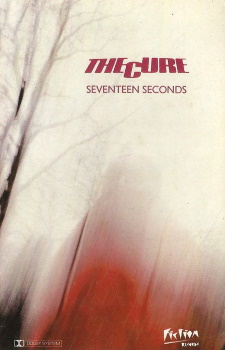 All music composed by The Cure (Robert Smith, Simon Gallup, Matthieu Hartley and Lol Tolhurst), all lyrics by Robert Smith.

Show the extra songs on the 2005 Deluxe Edition bonus disc 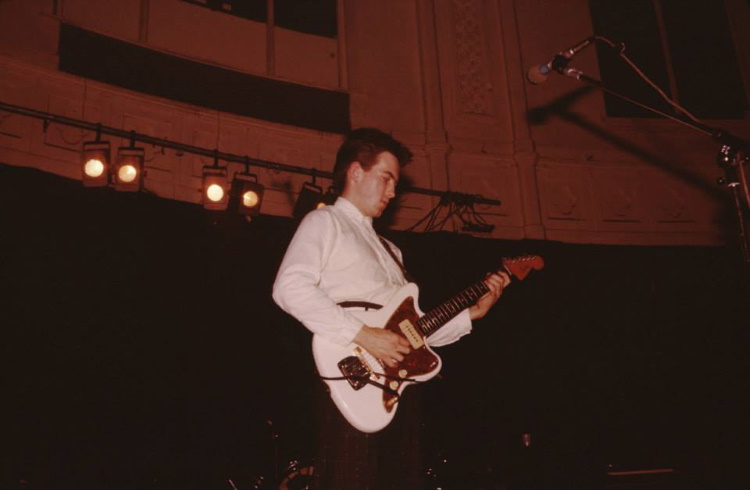 Following the release of the album the band went on an elaborate tour, with the band primarily focusing its attention on markets outside the UK. A deliberate choice, as the band didn’t want to become dependent of the goodwill of the English audience and most certainly not of the English press. The tour ended in September 1980. By then, Smith had already begun writing new songs, that would be even more heavy and slow than those on Seventeen Seconds.

Keyboard player Hartley wanted to play more complex music, where Smith preferred notes (instead of chords). Hartley subsequently quit the band, which was down to a trio once more. Starting October 1980, more shows were played. Gradually, more and more new songs found their way into the setlist. In the beginning of 1981 the new songs were recorded, which would be released on April 14th, 1981, as Faith, the undisputed highlight in The Cure’s body of work. 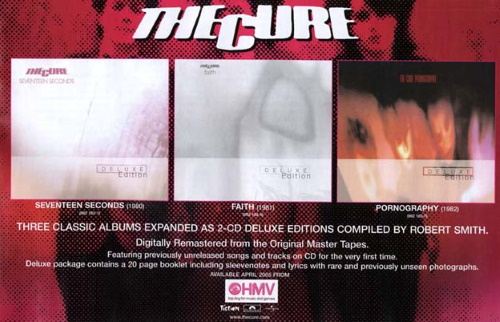 Nowadays, Seventeen Seconds is named as the first in a trilogy, wherein Faith and Pornography are the respective parts 2 and 3. The binding theme is characterized as doom and depression. When in 2005 the second part of remaster series of The Cure albums was released, it consisted of this trilogy. The re-releases were all beautifully packaged, containing great extra material and liner notes by Robert Smith. Highly recommended!

What do you think of Seventeen Seconds? Let me know!

Video/Spotify
This story contains an accompanying video. Click on the following link to see it: Video: The Cure surprises with the sublime Seventeen Seconds. The A Pop Life playlist on Spotify has been updated as well.